I am in the newspaper!

It is a weekly paper that is distributed here in our region. The article is about my vet Paula who, as you all know, has become the best entrepreneur of Noord-Holland.  She tells about the election and how it feels to her. And… she tells about me! Irene translated the article into English, see below.

Thank you so much Paula for mentioning me, you are wonderful!

During a festive ceremony in Leiden vet Paula Hendriks was declared the best entrepreneur of Noord-Holland. She also reached the second place in the Netherlands.

In December 2015 it was already announced that Paula Hendriks was the winner of Schagen and that she was among the top three of Noord-Holland. During the thrilling final on January 11 the joy was huge when it turned out that Paula is now called the Nicest Entrepreneur of Noord-Holland for this  whole year. “I think this is such an honor!” said the very pleased veterinarian. “I have been nominated by a customer and it are also the customers who have finally brought me this far. It’s a public award. There has been voted for me, but I think it’s an award for my whole team, for veterinary clinic Zuiderkaag.  When it comes to the best, then it suddenly comes to passion, love, what you convey and what you give people and animals. that I found the uniqueness of this election.

In early November 2015, Mayor Van Kampen from Schagen asked companies to nominate themselves for this election, which is co-organized by the ‘Platform van Ondernemend Nederland’ where 70000 entrepreneurs are members. A total of nearly 4000 companies were nominated in the Netherlands. There could be voted from 9 November till 20 December 2015. “After the nomination it’s about recruiting votes,” says Paula Hendriks. “When a customer nominates you, I also think it is important to take this seriously, so we have handed out flyers, asked on Facebook for votes, gave a radio interview and we sent a mailing. The best action was led by a patient of mine: Little Belle, a very little dog with her own Facebook page (www.facebook.com/LittleBelleDog). That led to countless reactions. Little Belle is a dog who,  at the age of 12 years, was rescued from a puppy mill in Portugal. A place where dogs are purely kept for breeding. Belle had to undergo this for 12 years, litter after litter under horrific conditions. Now she lives in Nieuwe Niedorp and has a great life. From that moment I was her veterinarian. In the years after she has been through a lot, a reanimation, the loss of both eyes through illness, but with her optimism she sees a lot with her other senses. She has a wonderful website and Facebook page, where she warms many thousands of hearts. “

Paula Hendriks from Dierenkliniek Zuiderkaag, an entrepreneur from Schagen, can call herself a whole year The Nicest of Noord-Holland. Something to be proud of!

Results elections of my vet Paula

Dear friends, last Monday the results of the elections were announced and Paula Hendriks was the winner of our province Noord-Holland and she reached the second place of the Netherlands! That’s a huge accomplish!
On the stage, Paula told the audience about me, how we are connected and the votes by my friends. Very special.

Paula told me she was very touched by all the votes of my friends on my FB page and website. And I am too, thank you my wonderful friends, you are amazing ♥ 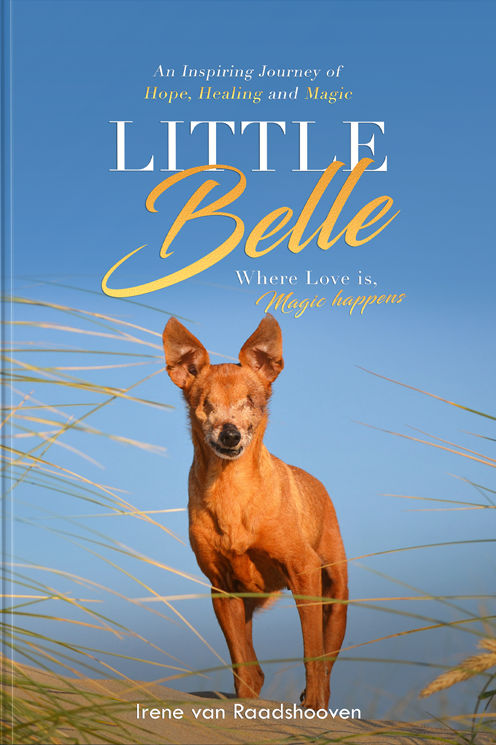